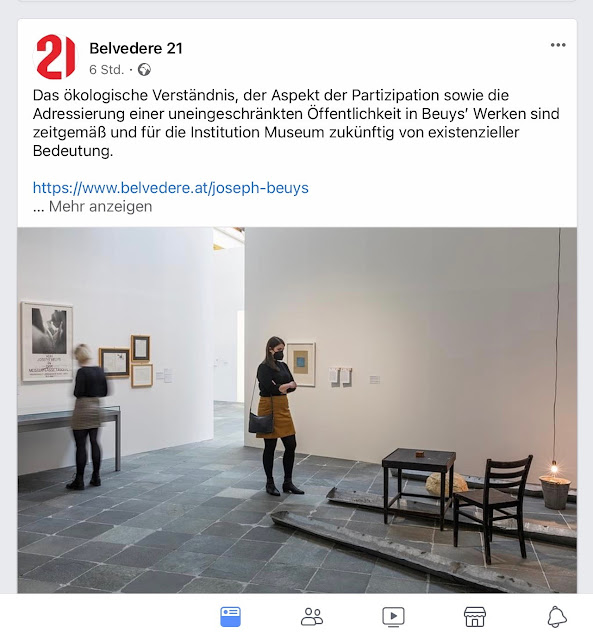 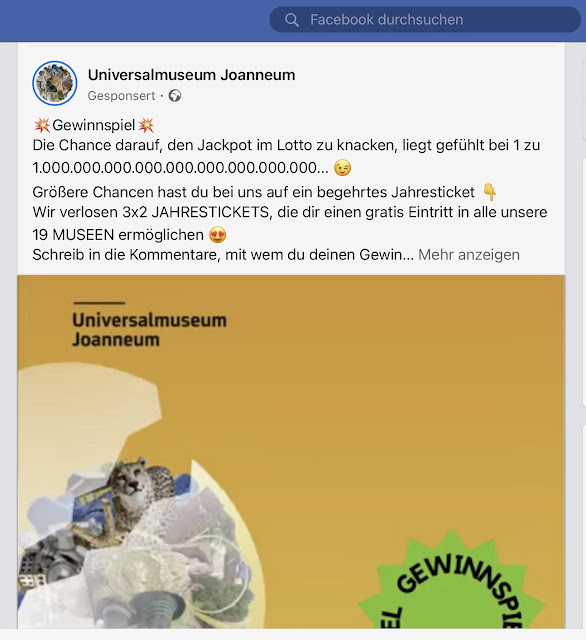 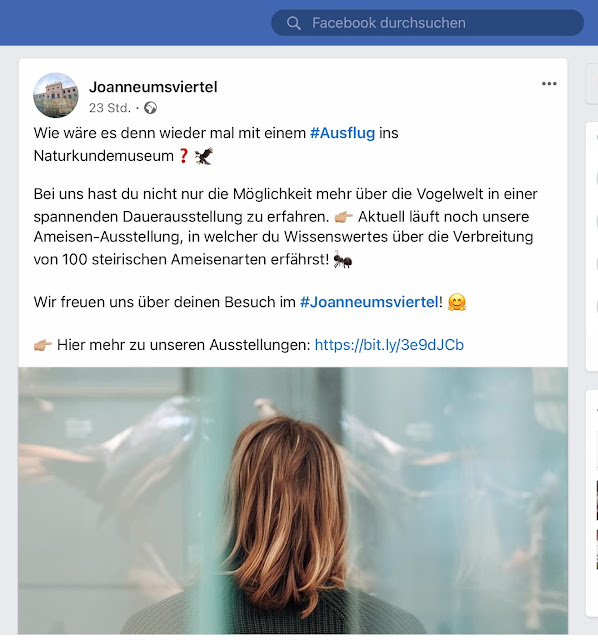 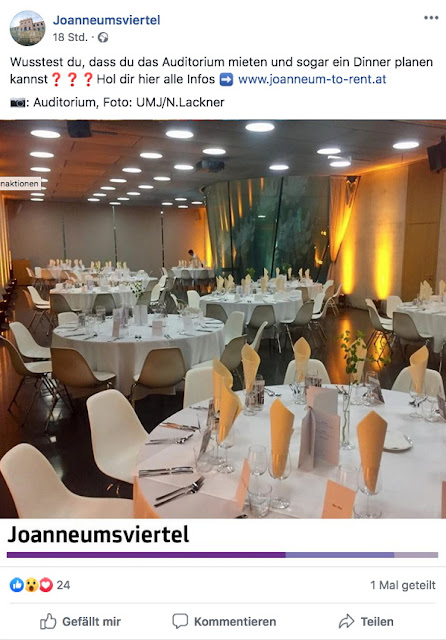 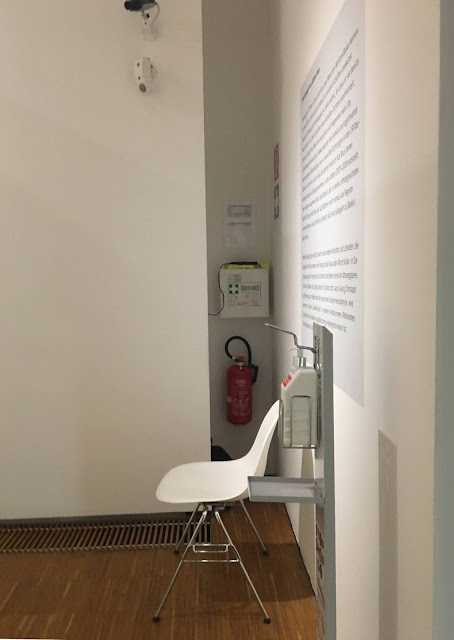 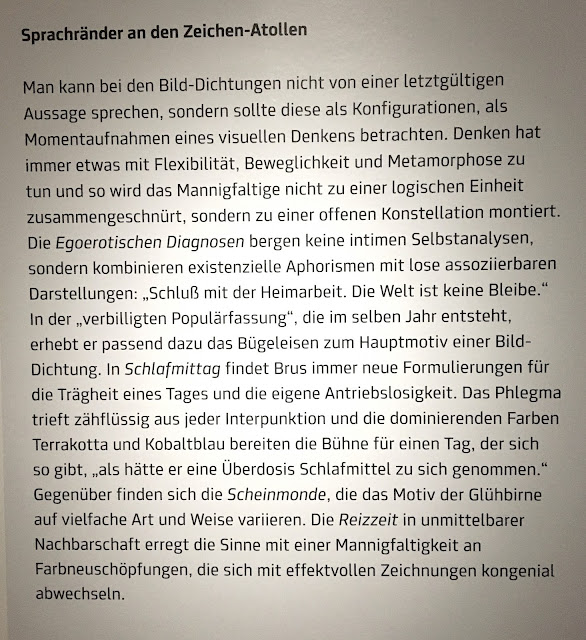 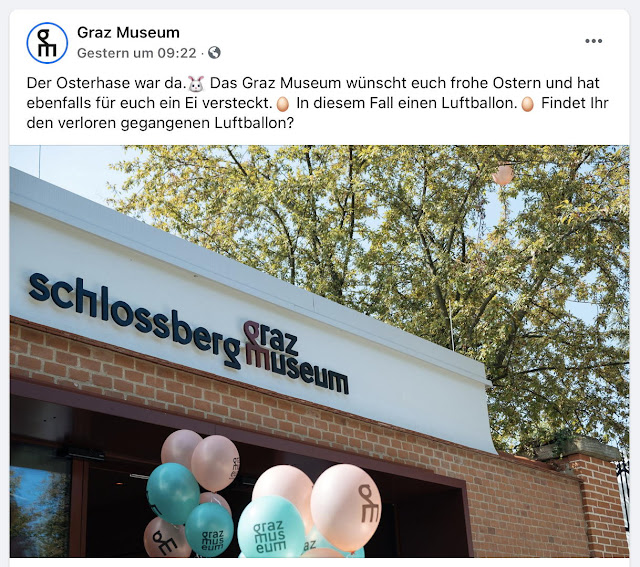 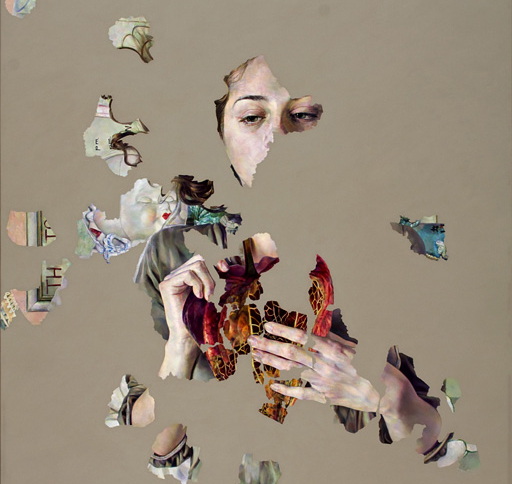 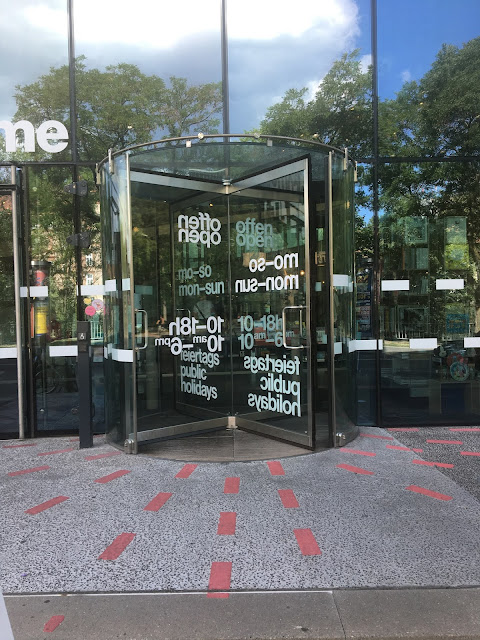 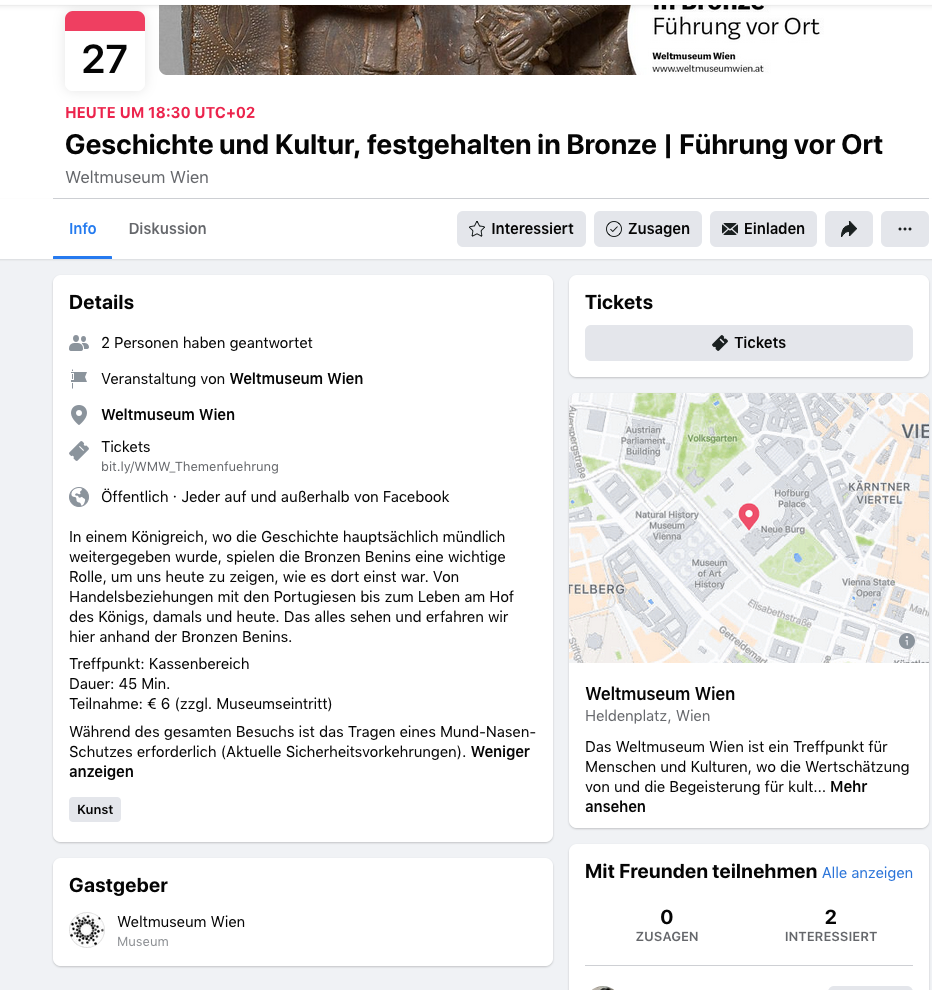 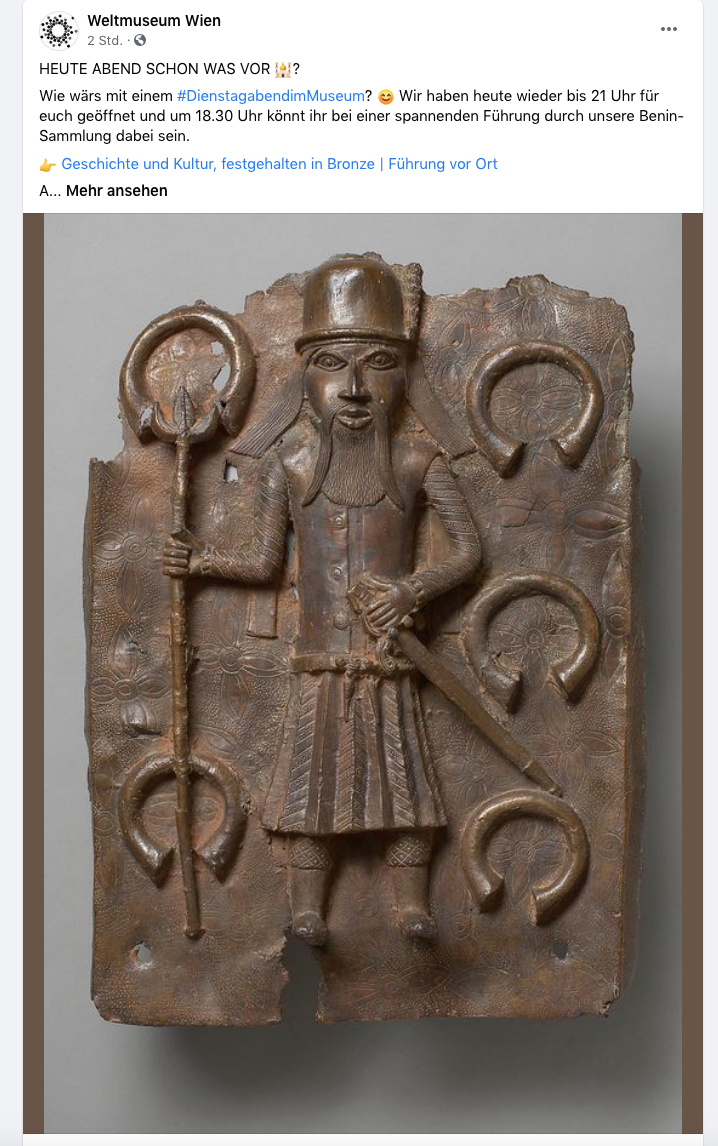 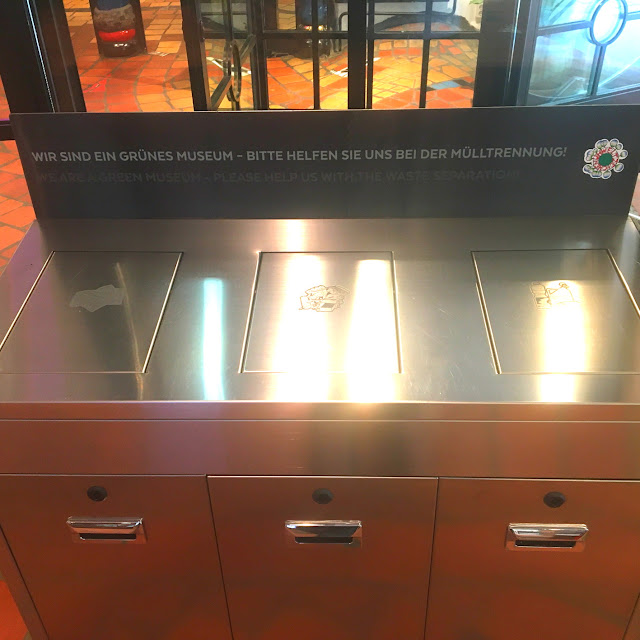 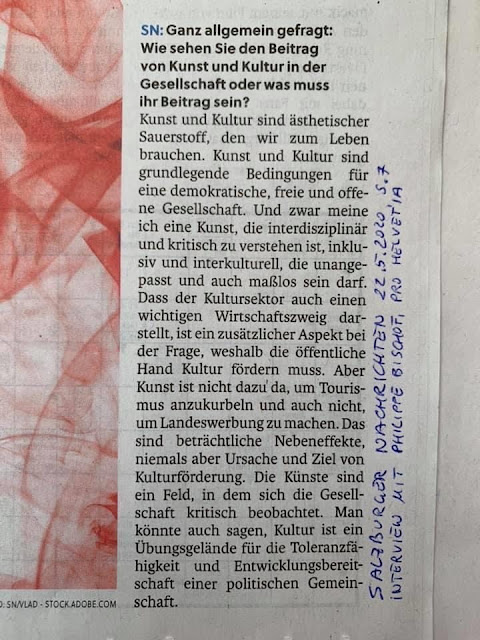 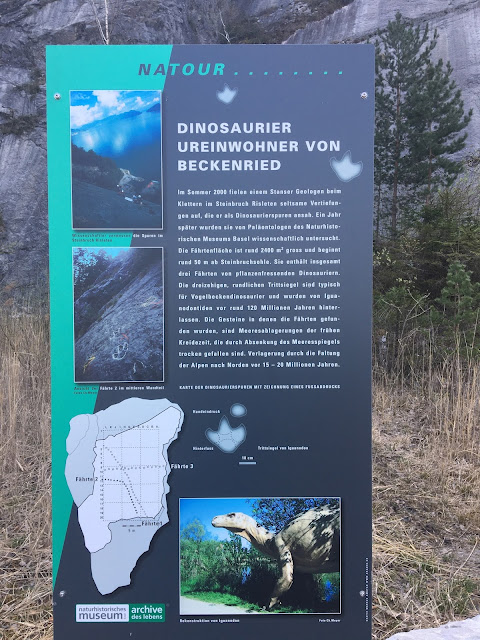 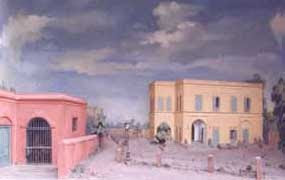 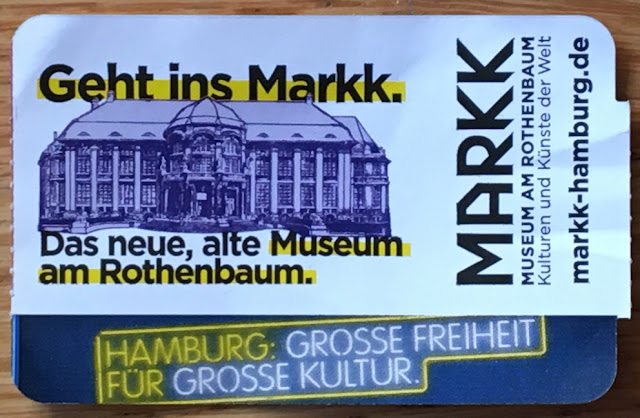 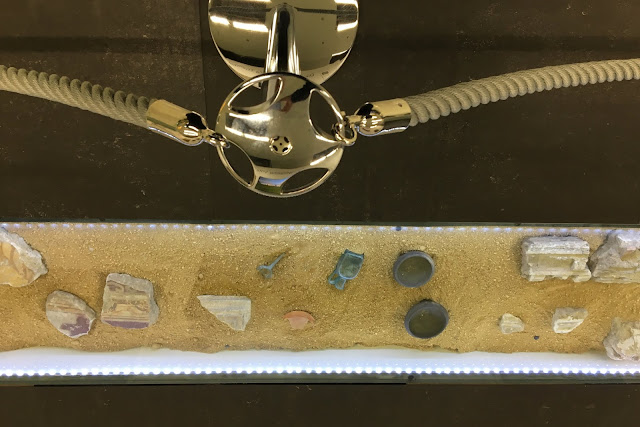 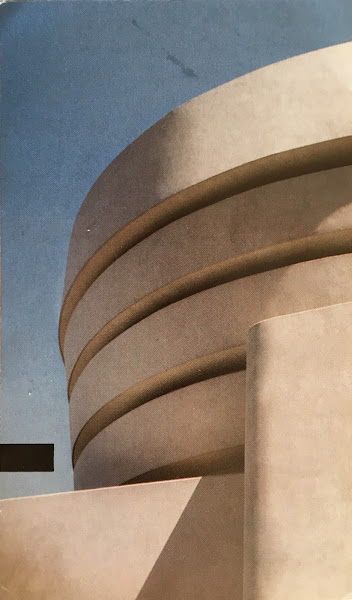 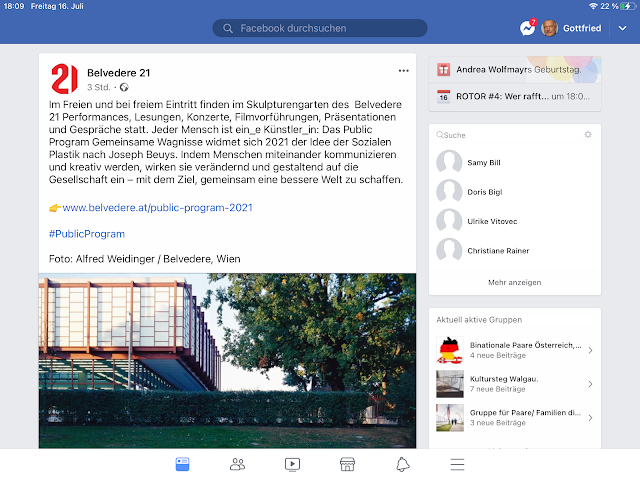 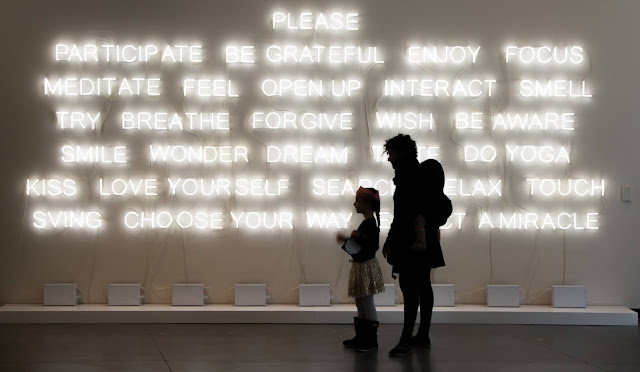 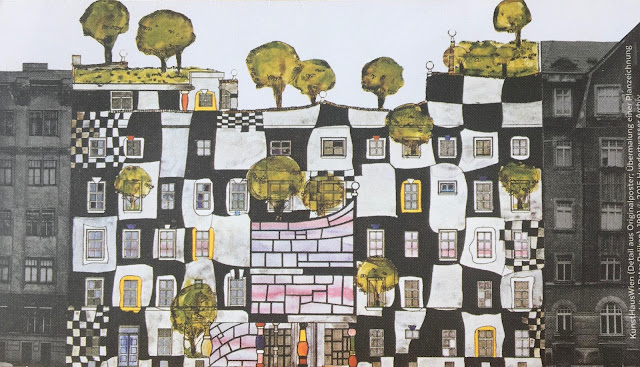 The return of the political to the museum

The return of the political to the museum

Years ago, during a museum conference, I was involved in a break-time conversation on the subject of museums and politics. The conversation was lively but hardly controversial and resulted in an agreement that no one objected to: politics should not be done with the museum, but of course it is political.

Like the participants in the discussion, we have a sense of the need for distinction. And museums rarely understand their work as political.  What was strictly rejected in the conversation among the museum people was political action; especially political action that was partisan, particularistic, guided by ideology, and presumably also the entanglement in the everyday life of politics. This seemed to imply an unconditional taboo. But what is supposed to be political about the museum remained open. So is the museum's path to political action blocked anyway?

On October 4, 2020, the exhibition "The Last Europeans - Jewish Perspectives on the Crises of an Idea. The Brunner Family. An Estate," curated by Michaela Feurstein-Prasser, Felicitas Heimann-Jelinek, and Hannes Sulzenbacher, opened. The occasion for the exhibition was an estate of the Brunner family given to the museum on permanent loan. This family came from Hohenems and, after moving to Trieste, rose to become one of the leading families there.  The books, photographs, letters, and much more left behind literally pile up throughout the floors of the house as testimony to a family history in which European history is reflected.

In the basement of the museum, reserved for special exhibitions, the European history of the 20th and our century is told both as a history of catastrophe and as an attempt to let a peaceful Europe emerge from the chain of traumatic events. All the way up to the contemporary European Union, which is currently attracting both the sharpest criticism and doubts, as well as hope for a further, stable and peaceful coexistence of the states.

But how stable is this foundation? This is the central question raised by the exhibition. Anti-democratic currents in the midst of the European Union, reawakening nationalism, the invention of "illiberal democracy," the recent development of the capitalist economy with its devastating consequential costs, the enormous social tensions within the states, the ecological threat, and now the so-called Corona crisis (which hit the museum and forced the postponement and temporary closure of the exhibition) threaten the peace project and the political idea of a common Europe.

For the exhibition organizers, another problem was at the center of attention: the defensive attitude towards migrations and the anti-human policy of rigorous isolation, which once achieved disregards legal and ethical standards. The importance of the issue for those in charge was evident in the digitally transmitted opening, which I followed on a screen.

It consisted of several speeches whose themes overlapped and mutually reinforced each other surprisingly well and together formed a statement that deeply impressed me and was decidedly political.

Without transition or commentary, shaky footage, obviously taken with a cell phone, appeared on the screen in the midst of the broadcast of the opening, the kind of footage one is familiar with, especially from social media. The footage, which was not immediately identifiable and had to be from a refugee camp, was as horrific as I had ever seen it before. It was footage from the Greek refugee camp Moria. At the time there was extensive reporting with many photos and videos - about the devastating conditions in the overcrowded camp, about the desperate protests of the refugees against their situation.

But the video of Ronny Kokert was more shocking than anything I had seen from the camp until then. At first, the abrupt playback seemed to me like a technical glitch, like a wrong feed of a wrong film.

But this moment of shock, in the midst of cultivated academic discourse that always inevitably goes hand in hand with distance, with order and conceptual frame, exploded these forms of dressing up. It was an intrusion of the real that tore one - at least me - out of the position of the "spectator" and confronted one with the immediate present. Yes, it was an intervention, one that left no room for keeping the events at bay as historically and politically classifiable. The clip showed: this is about naked life.

A political intervention is understood as an intervention in a conflict in the interest of its resolution by someone who was previously uninvolved. Should a museum be allowed to intervene in a conflict? Is it in a position to contribute to its resolution? Is it uninvolved or should it pretend to be uninvolved? Is it not itself in the midst of conflict - just as it is directly affected by the Corona crisis in many cases, and as does it not simply represent something in the relevant exhibitions with Corona relics from which it can pretend to be untouched?

The exhibition "The Last Europeans" answers to this: We are involved. We, the museum, we the museum staff, the curators, we, the Austrian population, all those who live here. We draw attention to problems, we inform about historical backgrounds, we warn about possible developments.

From this moment on, the museum is, of course, no longer uninvolved, no longer neutral - on the contrary, it takes an explicitly political stance, which is also clearly declared and reflected. It even situates itself where the museum does not seem to belong at all - in a domestic political conflict. As is well known Austrian government policy is strictly against immigration; it instrumentalizes xenophobia, and it pursues a rejectionist asylum policy. However, the exhibition does not exist to polemicize against government policy and the parties that formulate this policy, but it is about the much-vaunted European project. It is about comprehensive factual and orientational knowledge, about the reasons why this project has come into being, who has formulated its foundations, by which ideas it is supported. And these are the conditions that are necessary to make reflective knowledge possible. Such an attitude makes the museum a "nervous catch-all organ of contemporary inner and outer life." The art historian Aby Warburg said this about the memorial and social functions of images.

The museum is not content with just showing. The exhibition is accompanied by many events, by lectures, by a European Diary, by a specially created website. In short, it creates a public sphere, it enables and facilitates discussions.

Why shouldn't a museum be allowed to do this? To do something that the theater, literature, film, etc. are allowed to do as a matter of course, indeed what we virtually expect from these cultural institutions if we don't even criticize their lack of critical engagement.

It is not so much the fear of contact with the political that prevents the museum from addressing the questions of the present; it is its structurally baked-in culturalist neutralization that is at work here.

From Walter Benjamin (In his "Theses on the Philosophy of History") comes the oft-quoted phrase: "It is never a document of culture without at the same time being one of barbarism." The museum spares us barbarism through aestheticization. Benjamin's sentence is often quoted, but the second part is often forgotten: "And just as it is not free from barbarism, neither is the process of transmission in which it has passed from one to the other."

Certainly, the museum has changed in recent years, it is now becoming more possible to tell not only stories of triumph but also those of trauma. This has been emphatically the case since the 1980s, and I suspect that it also has to do with the founding of many Jewish museums in that decade. More and more, those excluded from the museum are claiming their museum representation, and the call for diversity in the museum is becoming unmistakable. With the looted art and restitution debates, first on those of the Nazi era and more recently on those of colonial Europe, the innocence of museums as neutral custodians if not saviors of cultural heritage is melting away. In any case, the cultural capital of the institution, acquired over a long period of time and thought to be eternal, is eroding under the constraint that museums are not systemically relevant in the Corona crisis.

Museums are learning to adjust reflexively to the institutional conditions of their work and are losing their fear of taking up controversial and topical issues. They are increasingly acting politically.

In view of the many deep crises, it hardly seems possible any more to imagine the museum as a neutral place that keeps its distance from everything. A repoliticization seems inevitable, an acting and intervening, as the Jewish Museum Hohenems has just shown with its exhibition.

When museums act politically, they are inevitably drawn into controversies. If one gets involved in debates about anti-Semitism or Israel's policy toward the Palestinians, then the museum is no longer as "neutral" as many would like it to be.

But (also) museums can only deal with conflicts in the medium of conflict. They create a public sphere, not to eliminate it by pacifying it, but to enable the confrontation of different points of view in the first place. According to Simon Sheik, "It is not in the production of rational consensus in the public sphere" that the significance of democratic institutions like the museum is to be found, "but in defusing the potential for hostility that exists in human societies by enabling the transformation of antagonism into "agonism."" Agonism, by this is meant a civil culture of democratic dispute, for which stages, platforms are needed that offer material, incentives, and frameworks for this purpose - in other words, precisely what the institution of the museum can offer, if one is willing to expose oneself to potential contradiction.

Precisely when a museum is a discursive public sphere and forms it, it does not simply engage in (everyday) politics itself, but it is political. The extent to which the museum realizes its potential depends on how far it sees itself as a democratic institution. The extent of engagement, the choice of exhibition themes, and the methods of mediation are entirely at the disposal of the museum's management, curators, educational staff, or even participatory audience groups. They have a great deal of leeway, and this is used impressively at the Hohenems Museum, but they can also invoke the civilizing role of the museum, which has carried it along like a founding mission for two hundred years now. It is a place of self-interpretation and self-understanding for society. And as such, it is needed more than ever. 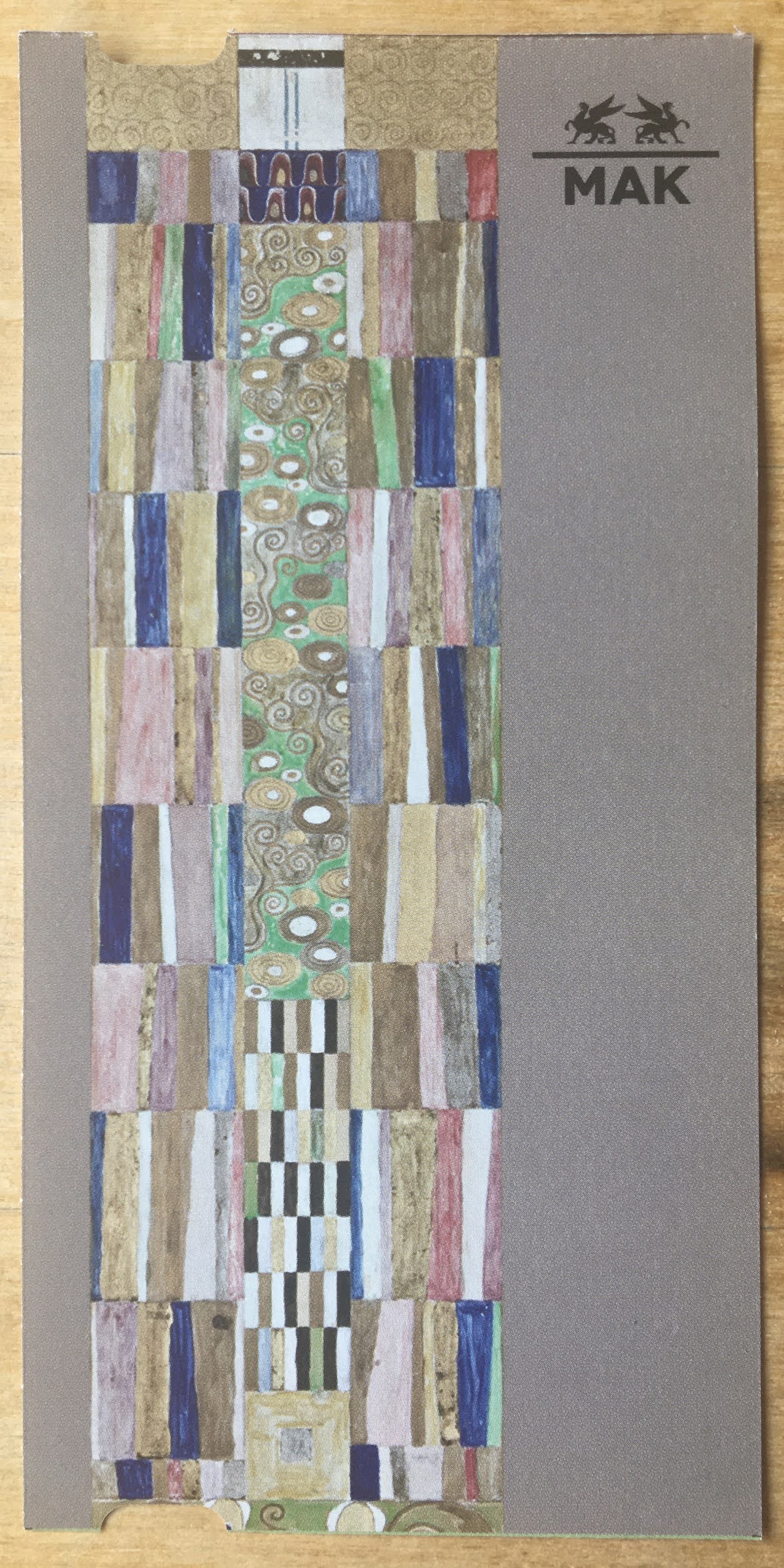 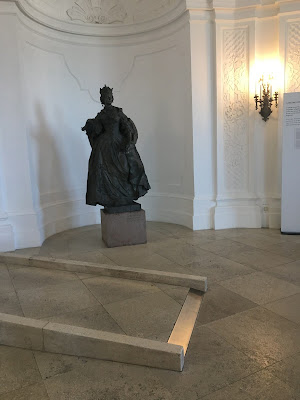 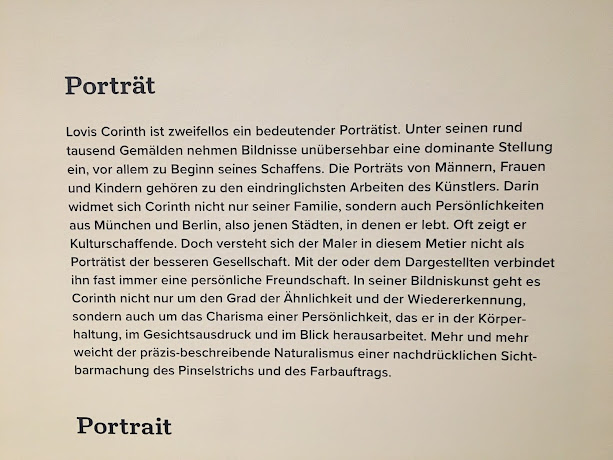 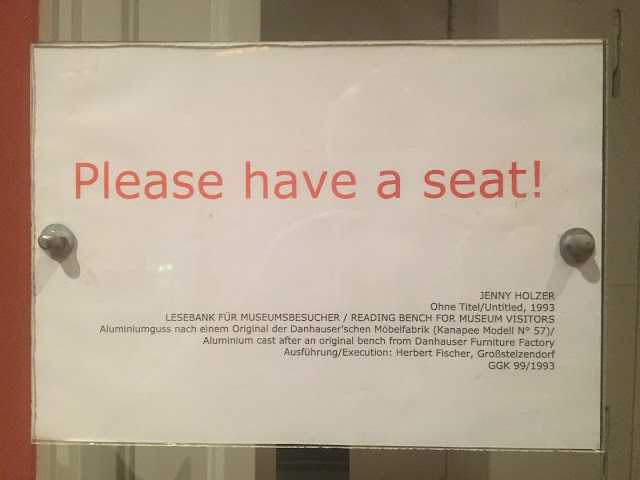 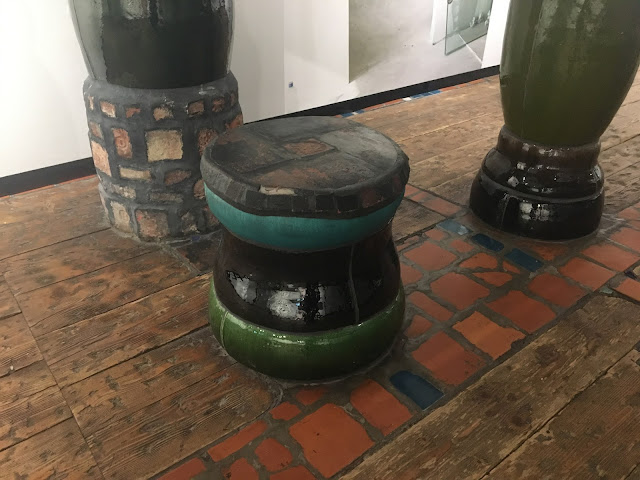 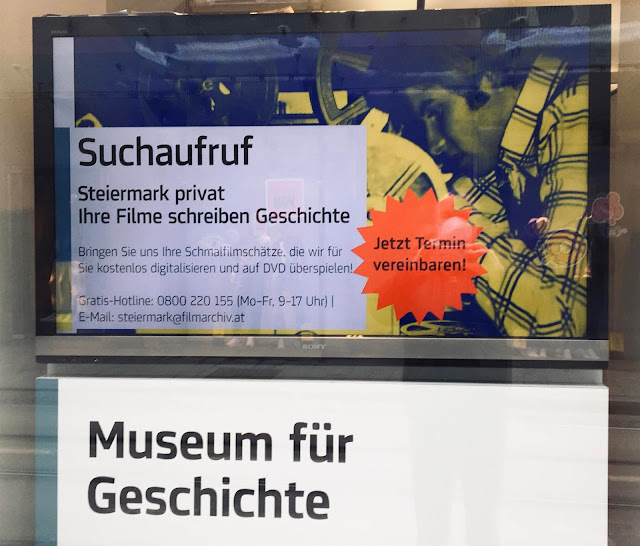 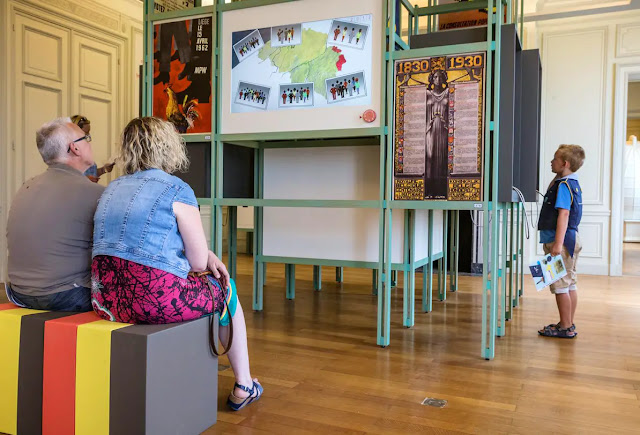