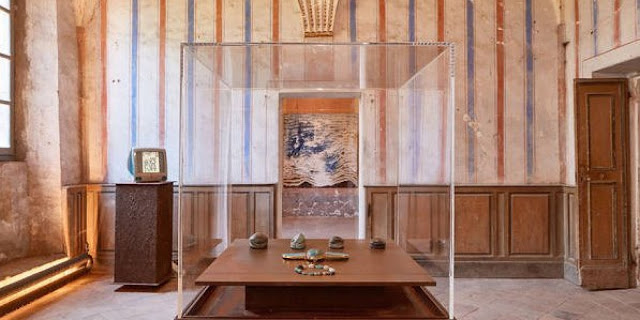 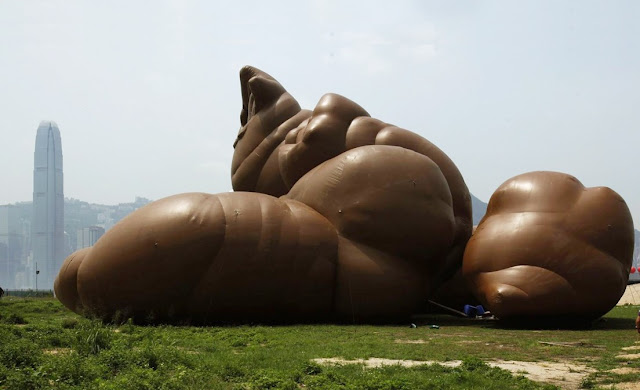 1
The Shit Museum was founded in Lombardy in 2015 by the agricultural entrepreneur Gianantonio Locatelli and a group of associates: Luca Cipelletti, who manages its projects and products, Gaspare Luigi Marcone and Massimo Valsecchi.
The idea came into being in Castelbosco, in the province of Piacenza, on a farm which makes milk for Grana Padano cheese and includes seven production units. Here every day 3,500 specially selected cows produce around 50,000 litres of milk and 150,000 kilos of dung. Under Locatelli’s management, this quantity of excreta started to be transformed into a futuristic ecological, productive and cultural project. Using highly innovative systems, electrical energy started to be produced from the manure. Today the farm produces up to three megawatts per hour. The buildings and offices of the farm are heated exploiting the warmth given off by the digesters as they turn manure into energy. Not to mention the fertiliser produced. All these activities have drawn attention from various international institutions concerned with ecology and innovation, leading to widespread recognition and prizes, and making Castelbosco a point of reference. 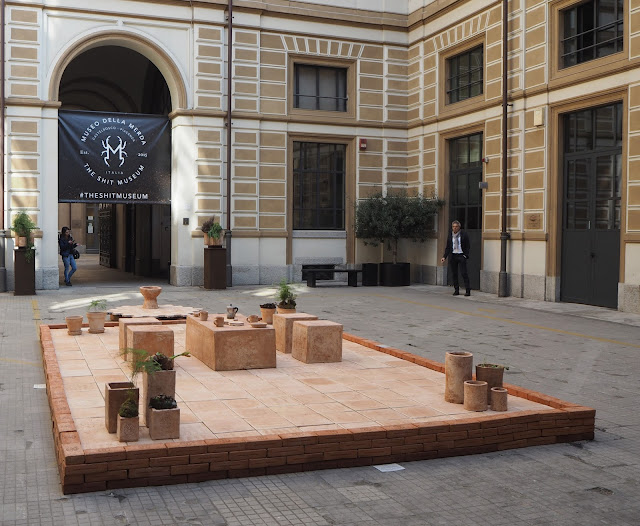 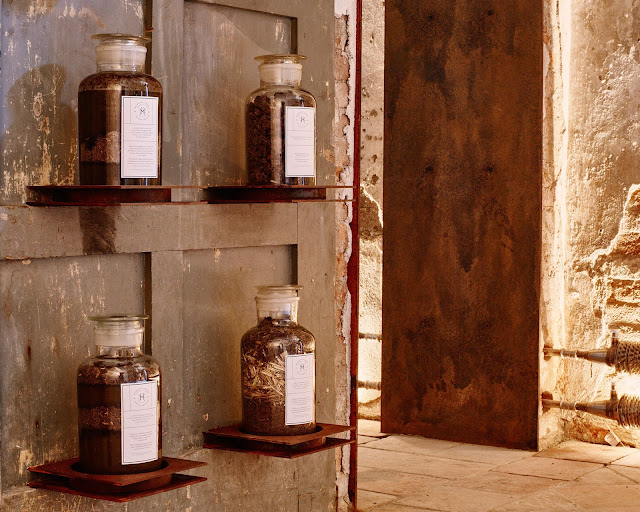 2
The Shit Museum (Italian: Museo Della Merda) is a museum in the province of Piacenza, in the north of Italy, and is reported to be the world's first museum dedicated to faeces. The museum opened on 5 May 2015, having been founded by agricultural businessman Gianantonio Locatelli and three associates.
The museum, set in a medieval castle in the village of Castelbosco, was created by a local dairy farmer whose herd of 2,500 (some reports say 3,500) cows produce 30,000 litres (7,900 US gal) of milk a day, which is used to make Grana Padano cheese. The cows also produce around 100,000 kilograms (220,000 lb) of dung, which is transformed into methane, fertiliser for the fields, as well as raw material for plaster and bricks. The dung is used to generate power to run the operation. The museum has a symbiotic relationship with the farm and cheesemaking facility. It is an eccentric byproduct of the huge aggregation of cows and their prodigious output of cow manure. 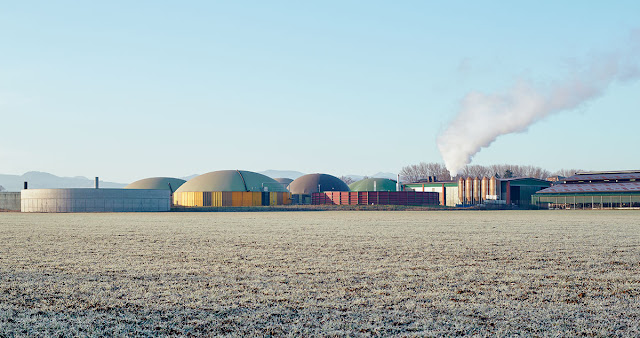 Eco-friendly recycling is an important theme of the museum. That includes the reuse of farmyard manure, but the museum also features many artefacts on display, including a lump of fossilised dinosaur faeces, jars of faeces, art works inspired by human waste, ancient Roman medicinal cures that featured animal excrement, and a collection of dung beetles.
An even broader motif (and goal) is "transformation" in an engineering, philosophical, scatological, sociological, and practical sense. As the organization's website offers: "The idea for a new museum slowly took shape, emerging from manure to deal with the broader theme of transformation. The museum would be an agent of change which, through educational and research activities, the production of objects of everyday use and the gathering of artefacts and stories concerning excrement in the modern world and throughout history, was to dismantle cultural norms and prejudices."
Transforming the site took more than twenty years. It started with paint. The museum commissioned artists David Tremlett and Anne and Patrick Poirier to transfigure the mechanical digesters "into a sign" mixing allegorical symbols with botany, thereby creating "a work of evolutionary land art". Luca Cipelletti was the principal architect.
Within the Gazzola Castelbosco, exhibit spaces are designed to reinforce the themes, beginning with the museum's repeated use of the dung beetle – the Egyptian's considered the scarab to be divine as a symbol of the heavenly cycle and of the idea of rebirth or regeneration – and to provide proof that shit "is a useful and living material". Thus, it combines historical references (including Pliny's Naturalis Historia) to point out that waste and recycled materials can be the basis for a better civilization. 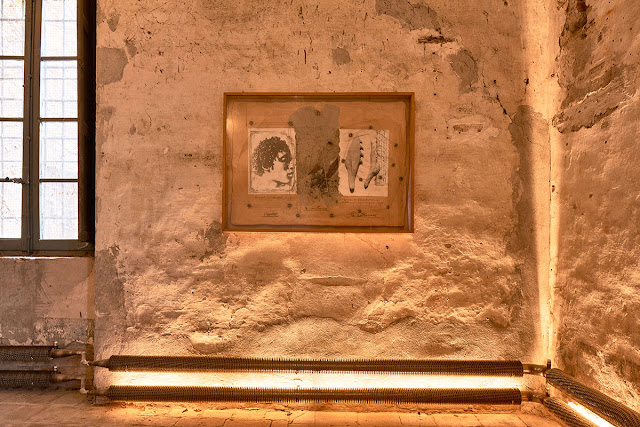 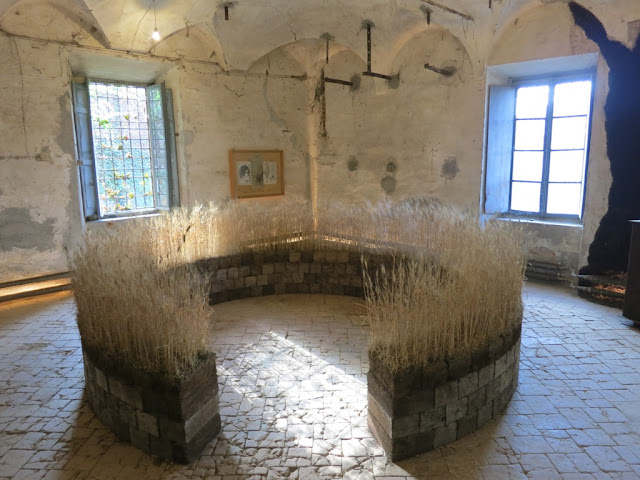 Part of the mission of the Shit Museum is to make tangible contributions: ideas and exhibits are purposed to lead to objects, innovation and projects. Production is key to the transformation the museum's creators envision. In its inaugural year, the museum invented and patented Merdacotta, which it says is "emblematic". The product's name is 'baked shit' in Italian. The material combines the twin principles of sustainability and transmutation, which are the museum's baseline. It combines the twin materials of dried cow dung and Tuscan clay.[8] The Merdacotta was used in "simple, clean rural shapes", devoid of adornment and embodying "ancient principles", thereby making the first tangible products bearing the Museo della Merda brand. These objects include bowls, flowerpots, jugs, mugs, plates, and tiles. In that sense, the use of materials gives voice to a Mcluhanesque view where "the medium is truly the message". By their existence, the materials used eloquently imply that the material is their substance, and that shape is peripheral. "These are objects that redesign the cycle of nature in a virtuous circle, constituting essential elements of contemporary living." At the Salone del Mobile in 2016, the museum's "primordial products" made their debut. They garnered first prize in the Milano Design Award. Merdacotta is said to have a rugged look that enhances the hand crafting. When glazed and fired at 1,800 degrees,[clarification needed] it can be used to serve food and drink. 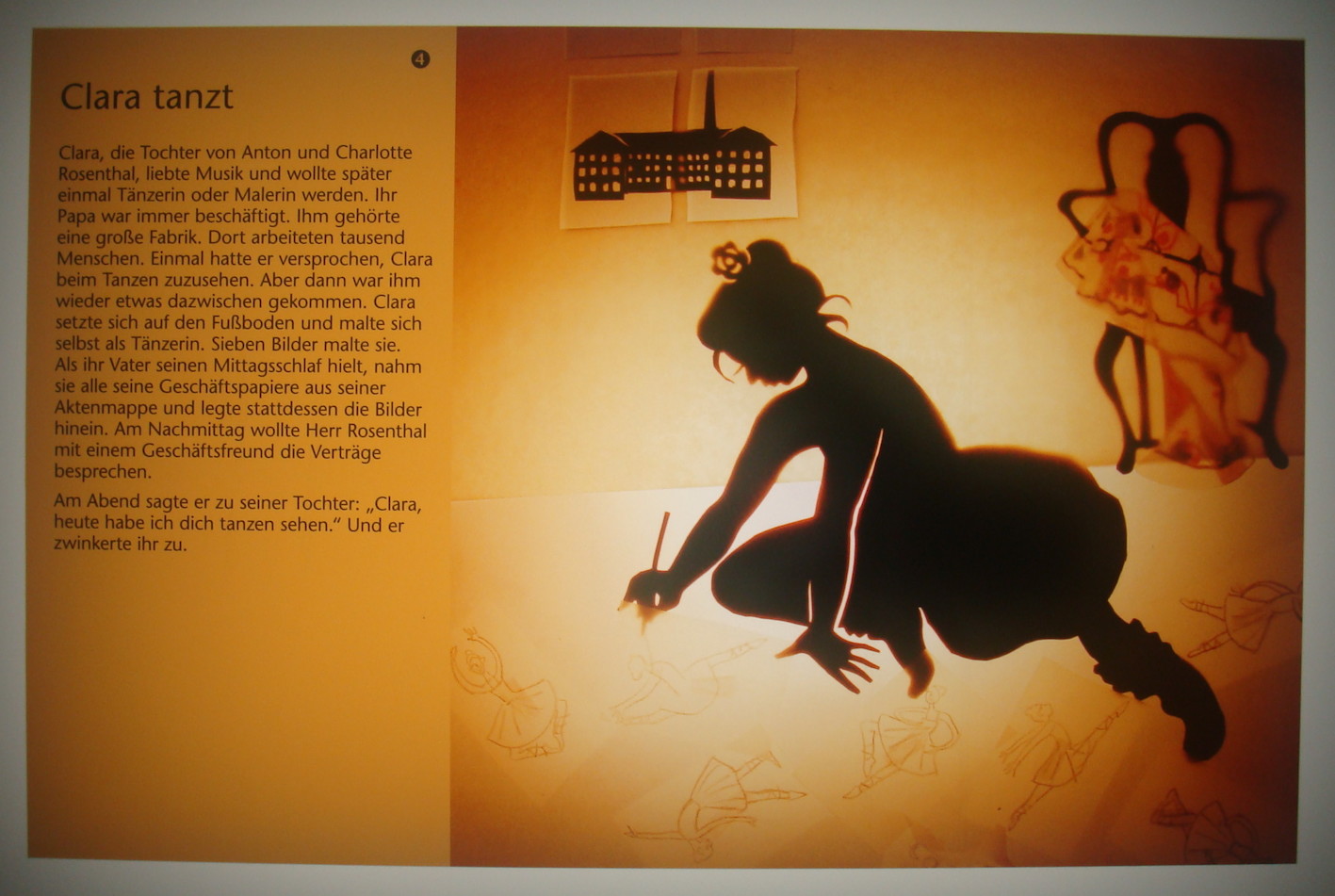 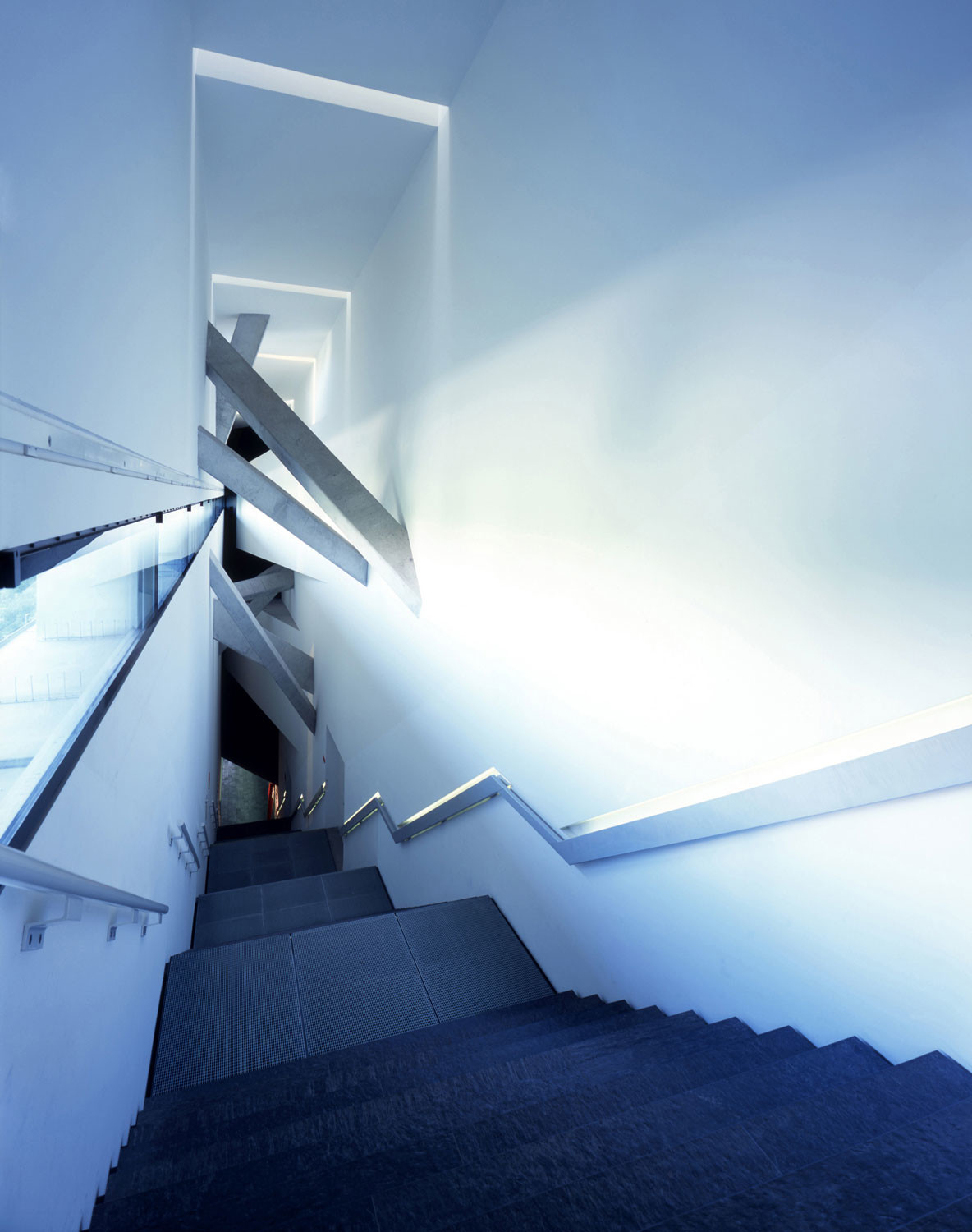 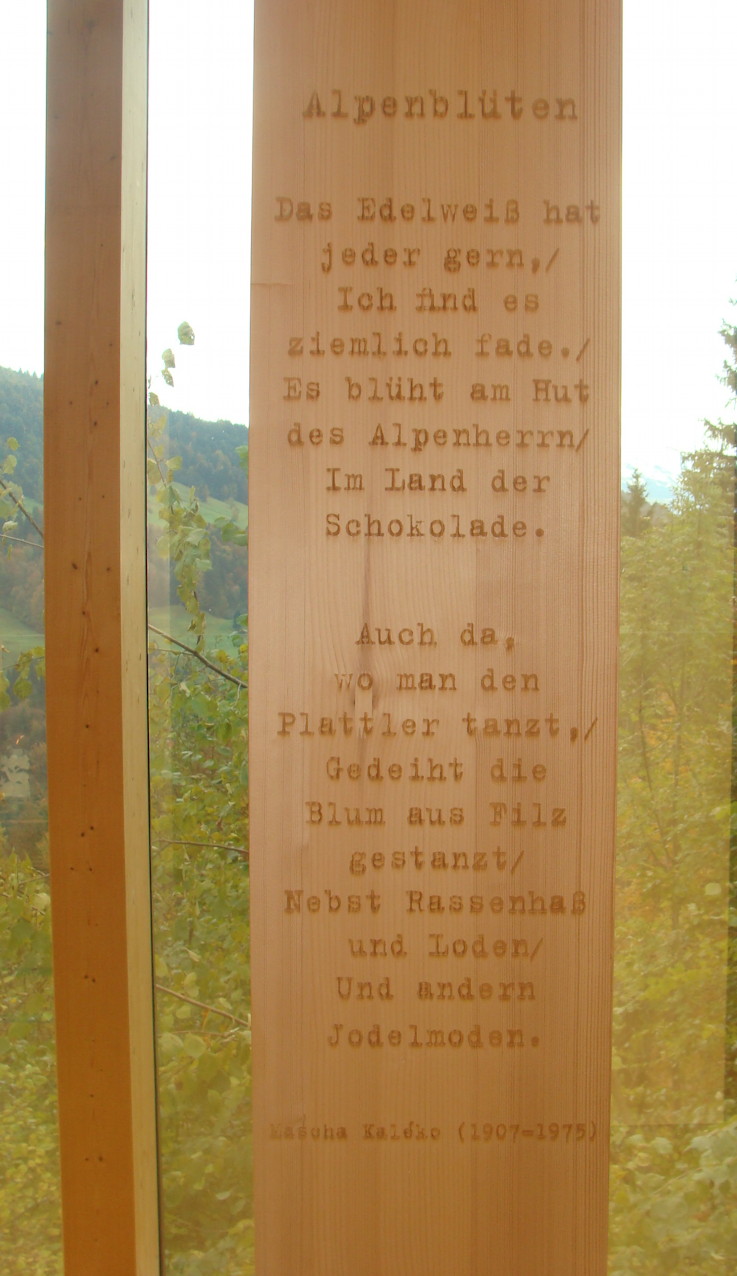 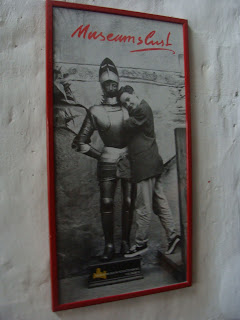 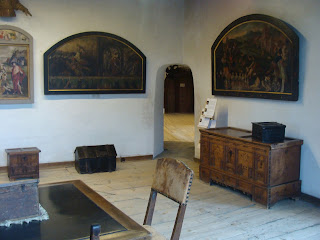 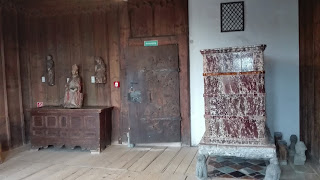 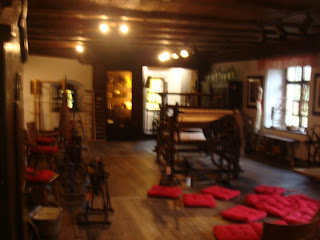 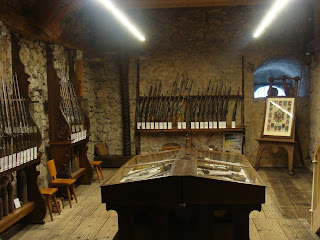 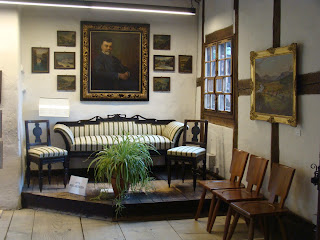 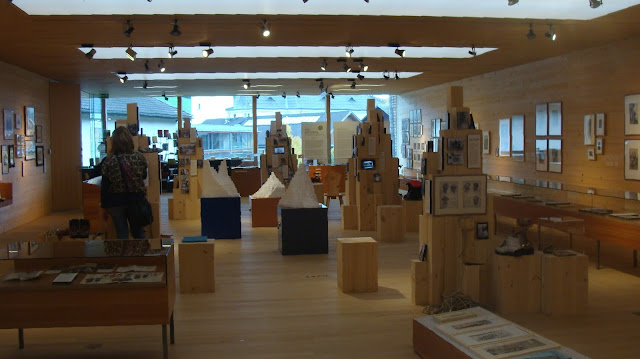 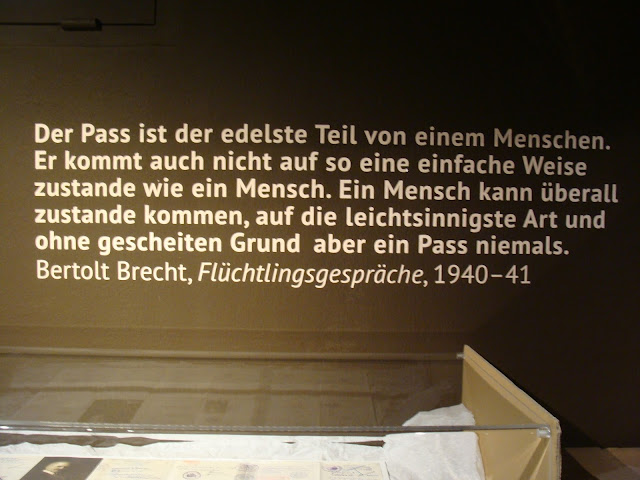 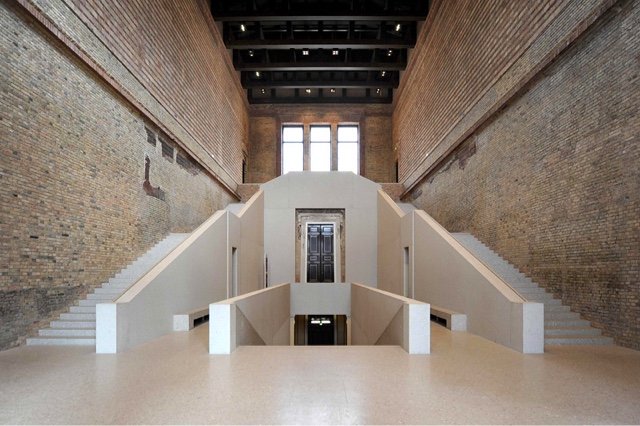 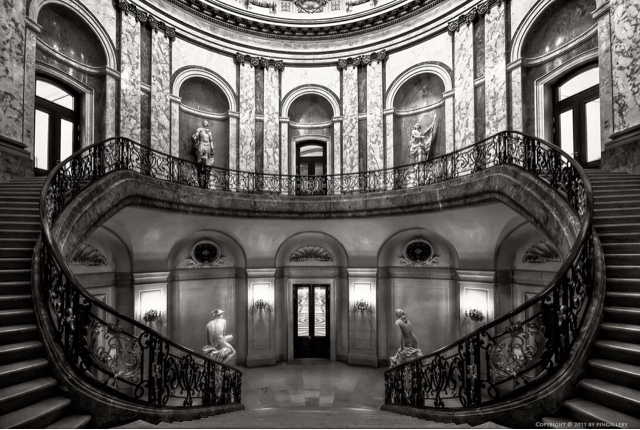 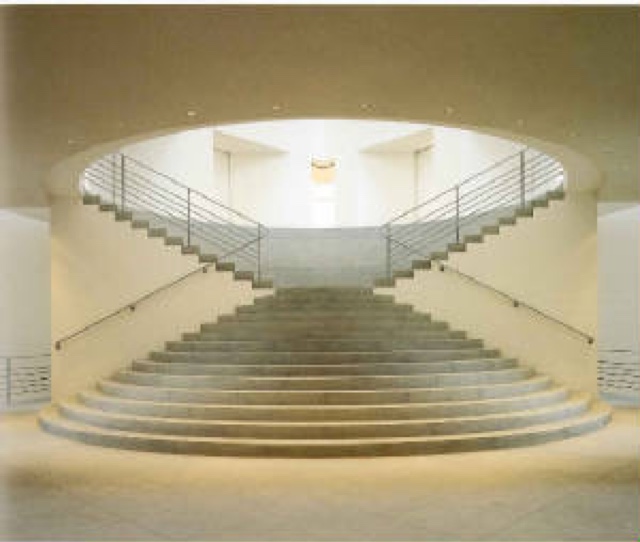 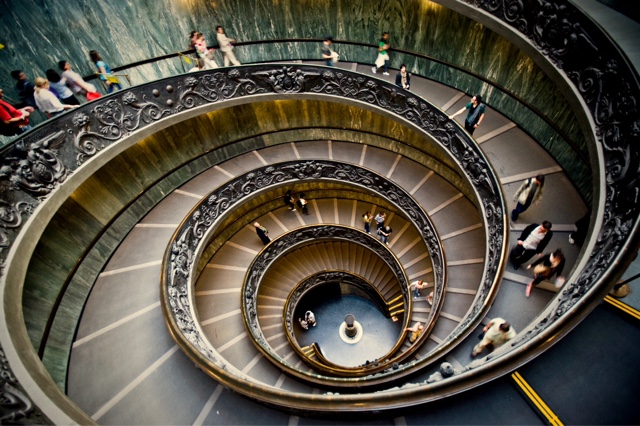