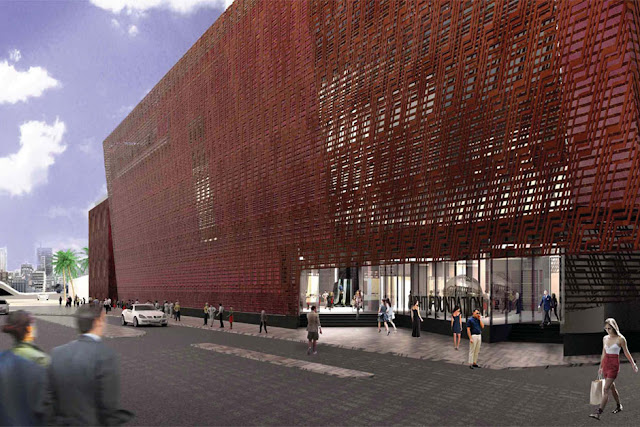 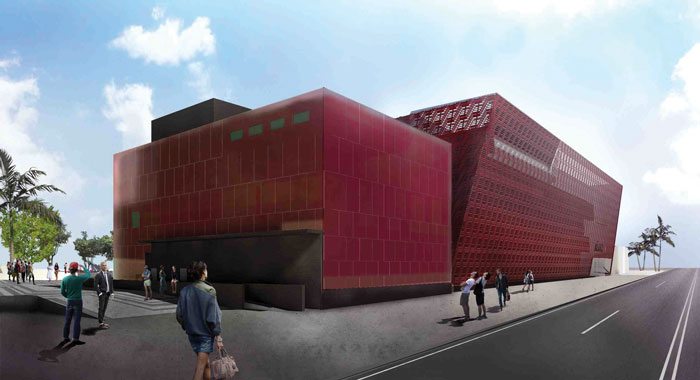 Making Waves: Tony Salamé’s Aïshti Goes Big in Beirut (Webseite): Recently the Lebanese businessman Tony Salamé bought a large artwork by John Armleder, creating a problem for himself, or rather, for his curator. If the ten-meter-long painting were to go on view in the inaugural exhibition in Salamé’s new private museum in Beirut, it would use up an awful lot of available wall space.
Well, maybe not that much. In late October, Salamé, who, along with his wife, Elham, is a new addition to the ARTnews Top 200 (which will be published online next week), will open a 40,000-square-foot exhibition space for his Aïshti Foundation in Jal el-Dib, a short drive up the Mediterranean coast from downtown Beirut. There he will show a portion of his vast art collection, kicking things off with a show curated by New Museum artistic director Massimiliano Gioni. In a city that doesn’t have a large contemporary-art museum, Aïshti’s opening is hotly anticipated.
Salamé is one of Beirut’s post-civil-war success stories. Over the past quarter century he has built his Aïshti retail empire from a single high-end clothing store to a region-wide enterprise that is among Lebanon’s largest employers, along the way facing the challenging task of persuading luxury brands to do business in an environment that remains politically and economically unstable.
That first store was in Jal el-Dib, and it grew into the 60,000-square-foot, 45-shop Aïshti Seaside. His art foundation’s exhibition hall is part of an ambitious expansion of Aïshti Seaside by British architect David Adjaye. “When Tony asked me how I wanted to do it,” Adjaye recalled, “I said I’d like to make a hybrid building combining lifestyle, wellness, and culture.
“This is a city that’s more or less been in conflict or at the border of conflict for more than 30 years,” Adjaye added. Nevertheless, people have “found ways to have an outgoing life.” His building’s design, he said, is meant to celebrate that. Inside the huge new space—around 350,000 square feet overall—a 10,000-square-foot atrium will open onto, on the left, a retail area with shops and restaurants and, on the right, the art foundation’s space. The rooftop will have a spa, a gym with a pool, and a small nightclub. The building is wrapped in a louvered skin of red-toned aluminum, a system Adjaye devised for filtering out the sound from a nearby highway and handling the region’s temperature fluctuations. Adjaye spent a part of his childhood in Beirut, and the skin’s color is a reference to the city’s past. “My father talked about Beirut as an incredible place where you would see a sea of red terra-cotta,” he said.
Also echoing the local setting is the public plaza Adjaye is designing for 150,000 square feet of land between Aïshti and the Mediterranean. With its undulating topography, it will look, Salamé said, “like you are seeing the waves from high up.” The landscaping was as complicated as the building itself. “We had to reclaim the land and, on top of that, we had to build huge retaining walls.” There will be regional Middle Eastern greenery, outdoor dining, and outdoor sculptures chosen by Gioni’s wife, Cecilia Alemani, curator of New York’s High Line park. “It’s setting a precedent,” said Adjaye. “Beirut has not had much public sculpture, because of security concerns.”
Salamé spends much of his time traveling, but when he’s in Beirut he’s on the building site seven days a week. The complex has come together in just two and a half years, at what has been reported by The Art Newspaper as a personal cost to him of $100 million.

Aishi Group Profile (Webseite): It all began in 1989, when Tony Salamé dreamt about creating a lifestyle for the new millennium. His dream was Aïshti, a word that has become synonymous with ultimate luxury in Lebanon.
Since its inception, Aïshti has grown from a single high-end clothing store into a successful, globally recognized chain that carries renowned luxury brands. With various branches throughout Lebanon, Aïshti brought together under one roof some of the most prestigious fashion labels in the world, including Prada, Miu Miu, YSL, Dolce & Gabbana, Dior, Sergio Rossi, Roberto Cavalli, Marc Jacobs, Marni, Burberry, Fendi, Chloé and many more. Aïshti's stunning Seaside store in Jal el Dib, a few minutes north of Beirut, also features furniture and home accessories from high-end European brands like Minotti and Misura Emme.
The Aïshti empire also includes several monobrand boutiques, most notably Cartier, Gucci, Celine, Zegna and Diesel.
Aïzone, the more casual side of Aïshti, exists as a separate entity and carries some of the hippest international brands including Camper, True Religion, 7 for All Mankind, Armani Jeans and various other trendy LA brands.
The company has also branched out into parallel industries, with a full-fledged spa and hair salon operating inside the Aïshti store in Downtown Beirut, and a glossy, glamorous lifestyle publication, Aïshti Magazine, focusing on fashion, entertainment and design. Three restaurants, People (with two separate locations) and Aïshti Café also operate under the Aïshti umbrella.
Today, Aïshti is the undisputed fashion and luxury products market leader in Lebanon.
Eingestellt von Gottfried Fliedl um 11/07/2015